Egypt is the source of the earliest written descriptions of the people that resided in the areas that is Ethiopia and Eritrea today. This area was known to the Egyptians as Punt. As early as the third millennium BCE, the Egyptian inscriptions indicate that they traded with people from the land of Punt, which sometimes they also called ‘Gods’ Land’.

The actual place of Punt is not known but the Egyptians did sail south along the Red Sea to trade with people from Punt. Punt, to the Egyptians, could have meant the entire Red Sea region including Somalia. But if one observes Egypt’s exports, gold, ivory, exotic animals, and incense, one can surmise that, at the least, Ethiopia was a part of Punt.

The earliest of these expeditions were probably taken by foot along the Nile. One of the earliest recorded sailing expedition was taken by King Sahure in the Fifth Dynasty (2465 – 2325 BCE). But trade with the two peoples could have started "as early as the First Dynasty (3100 – 2890 BCE) for the pharos of the time were in position of myrrh. (Breasted 127)" Myrrh is an aromatic gum-resin plant used by the Egyptians to "honor the gods and in embalming the dead.” It was also used "for medicinal and cosmetic purposed. (Nibbi 56)” There was plenty of myrrh to be found in Ethiopia. 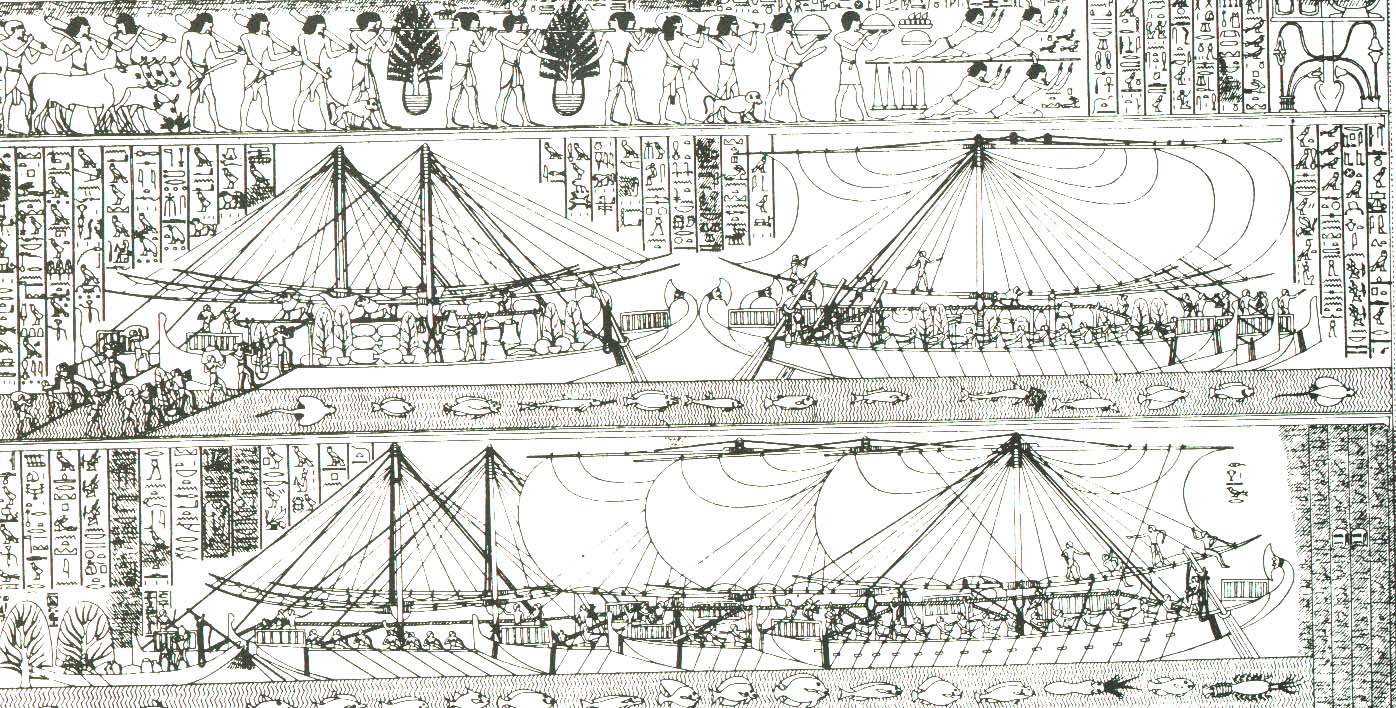 The most famous expedition dispatched to Punt was by Queen Hatshepsut in the Eighteenth Dynasty (1540 – 1304 BCE). In her funerary temple at Deir el-Bahri, detailed descriptions of trade between Punt and the Egyptians are carved on the wall (picture above). On one of the reliefs, the boats from Egypt have arrived at Punt and are stopped on the beaches. The Egyptians offer "strings of beads, axes, and weapons" and the people of Punt in exchange have "gold, ivory … and precious myrrh-tress." (Aldred 135-6)